The First Ladies of Folk

by Hamilton High,
first published: November, 2017
There's plenty of footage available of Sally tearing up soul standards and easily holding her own while singing with Tom, the man, the myth, the legend.

I don’t know whether anyone with a voice as dynamic, as emotionally charged or as exquisite as Sally Barker and  has ever walked into the Thimblemill Library in Bearwood, let alone sang in there, so Thursday's show where Sally shares the stage with her partner the virtuoso guitarist Vicki Genfan is an incredible coup for the ambitious and eclectic booking team at the Thimblemill library.

In some respects Sally Barker’s story is of course the more familiar one. A long term stalwart of the UK folk circuit, touring with the likes of Fairport Convention, Steelye Span, Roy Harper and Gordon Giltrap. She’s also opened shows for Bob Dylan and Robert Plant - both of whom I’d hope to see in the library on Thursday supporting her.

Sally’s best known foray into the public consciousness is her amazing journey on the television show The Voice and it’s 7 million strong prime time audience. Participating in the shows’ heyday in 2014, Sally was picked to join Voice coach Tom Jones and made it all the way to the final. There’s plenty of footage available of her tearing up soul standards and easily holding her own while singing with Tom, the man, the myth, the legend.

After soundly rejecting the Voice cash-in opportunities, Sally turned to recording her recent exceedingly cool Ghost Girl LP. It sounds in parts like a caustic confessional from the road. It’s beautifully written and performed with spare, slight instrumentation and at moments maybe Natalie Merchant-esque cadences in Sally’s voice. I like that. Damn I love it all, It’s a delight.

Most recently working with incredible guitarist Vicki Genfan, the duo have recorded one of folk music’s more significant recent releases of late, ‘In the Shadow of a Small Mountain’ Vicki is irrepressible as Sally iridescent and when they take the stage together the combined strengths of these incredible women shake me down to the timbers of my frame.

In the Shadow of a Small Mountain

It can be tough to get people to leave their log burners in Bearwood in the winter, but it’s going to be one incredible night in the library on Thursday and let’s hope these First Ladies of Folk get the audience they deserve.

There's plenty of footage available of Sally tearing up soul standards and easily holding her own while singing with Tom, the man, the myth, the legend.

Half Time Highlights (brought to you by Google)

My Art is Made of Wood

Sculptor and furniture designer Chantal Pitts creates giant sculptured wooden art as furniture, and furniture as art. Who knows what she will do next...
March 2017

Rebecca Stanhope's poem is Take Your Hands Off Me
October 2021 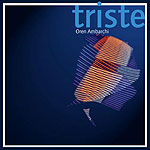 At the Sound of the Tone, You Will Hear Everything