300 words from London: On the Congo via Miami

by Lake Editor, London
first published: March, 2005
it's obviously African but it sounds like krautrock

Virgin Atlantic give you a whole heap of movies to plough through on their little seatback monitors... I guess its not their fault that they are almost all unwatchable. So, 5 hours into the LHR to MIA flight and I'm flicking through the audio channels trying to find something to pass a few moments while the DVT builds in my calf... When I first hear it I'm thinking that the hopeless plastic headphones are playing up... I mean, it's a racket, distorted, the drums sound like biscuit tins... and its driving and intense and just not the kind of thing that gets played in aircraft... and on and on it goes and I've turned up the volume to try and get the headphones to distort some more and there's chanting and it's obviously African but it sounds like krautrock or that bit before Lou Reed sings "and then my mind split open" in a Velvets song I no longer remember the title of.

Without doubt it is the most exciting piece of music I have heard in months.

When I get home it only takes a google minute to track down the Virgin playlist and identify the band as Konono No 1. Wow. What a band. Formed 25 years ago on the Congo-Angolan border by a thumb piano maestro who started amplifying his instruments when local traffic noise made it difficult to be heard. Now he's leading a troupe of street musicians with an entire sound system hand fashioned out of scrapyard parts and old car magnets. The drums are old tins. And there's a whole album of this stuff. Its real world music. It rocks. It makes me smile. And like the best art it makes me glad that I am still moving around this world even when I'm back sat still here at this desk just clicking on the keys.

Check out a video here Or buy the disc here. Konono No.1 - Congotronics

the first journalism Lake ever had published was a history of Johnny Thunders for Record Collector magazine, since then he has written for publications including the Guardian, Dazed and Confused, the Idler and more recently, outsideleft.com as you have just seen.
about Lake »»

it's obviously African but it sounds like krautrock
OUTSIDELEFT SAYS... "SOMETHING TO LOVE!"

The King Is Dead

Our Week in Music

Some music we're into for this week at least

Sleaford Mods' Spare Ribs is their best yet

A new poem from Christian Present 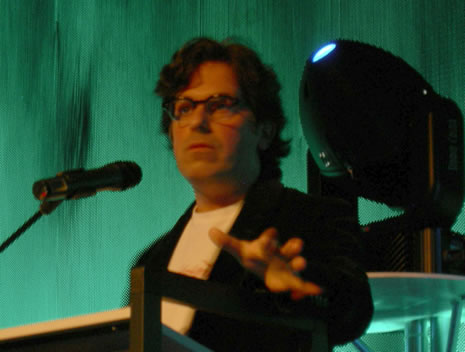 J. Charreaux suggests that if you have to read anything this summer, it might as well be , You Don't Love Me Yet, by certified genius, Jonathan Lethem.
July 2007

Yes! We Have No Bananas

Our New (York City) Diarist, Kelsey says that the sweltering heat and the smell of fresh feces can really put a girl in a philosophical mood
August 2007

Back Home with Pete Harris

National Health Care, the Metric System and Now This

Tales From The Deep South

Warm, wet, savory and goddamn arousing, what's not to like about licking "the mouth that won't smile"?
November 2005