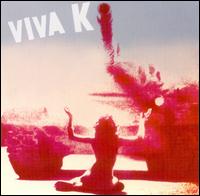 No Parking on the Trance-Floor

by Alex V. Cook, Music Editor
first published: September, 2005
not the down home opium jam I was hoping it would be, but mindns me of good times at the club with my goth girlfriend back in the day.

Who doesn't love a sitar? I mean really. You might not be up for a whole album of raga drones no matter how much Xanax they dropped in the kool-aid, but the occasional "terrrrrraaaaaaannnggggggg" wafting up through the mix is always a delight, and signifier of decadence, a strange association to made for an instrument that is intended to meditation on the eternal. My first full contact with the sensual pleasures of he beast with a thousand strings ws back in my heavy thrifting days, when I acquired Gabor Czabo's Jazz Raga album in Impulse circa 66, where he gave a number of pop hits of the day like "Eight Miles High" and particularly "Paint it Black" the consumerist fusion hi-fi treatment, overlaying every wiggly guitar solo with a sitar solo as well. Listening to the whole thing disproved the adage about the road of excess always leading to the palace of wisdom, but a song or two was so delightfully over-the-top, you wanted to have the harem girl peel you a couple more grapes before returning to less embarrassing sonic affairs.

My second was when I actually got my hands on one. My good friend Rob picked one up at an estate sale or something, and once he got it all tuned up (an all day affair) he invited me over to have a go. Its a temperamental thingy - by the time I got to it, most of the drone strings had already gone flat, but there was still enough pealing cosmic twang to get the point across. He wants to use my mics for his home studio, so I may have to request borrow of the sitar in trade, so I can get my wiggy on with more attention.

Hollywood band Viva K birthed itself when one of their members came upon a pawn shop sitar (I can testify there are no pawn shop sitars in Baton Rouge, or it would be gathering dust in my music room right now) purported to have once belonged to Brian Jones. Dubious pedigree, to be sure, but as good a reason as any to start a band mixing sitar drones, new-wave punk guitar theatrics, laptop beats and strident female vocals. Ween Callas has quite a set of pipes on her - sounding like a mix of vintage Siouxsie Sioux and maybe PJ Harvey, a little bit operatic, a little bit hysterical and rock as shit. The guitar and laptop and keyboards are an affable mix of strident power synth pop something or other, and despite having a haunted sitar in the band, is really the star of the show. The highlight song for me is techno-tastic dancefloor anthem "Does it Matter?" which I thought at first was a cover from the era, because its insouciance and squeal are dead-on, so much it transcends the 80's Retro Nite groove it at first feels like.

The opening salvos of "Guru" and "Dekoder" are great little rockers, where the sitar is given equal standing with the rest of the group dynamic, only to drop to the front during the break, which is a nice touch. There are sweeping numbers like "We are Safe" where they glimmer in psychedelic glory, and kicky garage numbers like "Who You Are" that bring to mind what I remember Throwing Muses sounding like. Peppering the stew are dancefloor oddities like "Porch Raga", which is not the down home opium jam I was hoping it would be, but mindns me of good times at the club with my goth girlfriend back in the day. "Just one More" with its sprechesgang vocals - Romeo Void! That's who these guys remind me of. I knew it would come to me - and funky beat, sounds like Hollywood to the outsider like myself. The movie Hollywood, where you and your friends tool down the boulevard in a vintage convertible looking for a party among the lights and the cars and the glamour. I understand the real Hollywood sounds more like bad metal and crystal meth and the distinct shattering sound of broken dreams, so no need to shatter my illusions. The final track "Ming" is the only slow meditative number on the album, and while pumping up the jams is clearly their forte, this is still an interesting bit of exoticism-laced chill to close out this perky little record.

not the down home opium jam I was hoping it would be, but mindns me of good times at the club with my goth girlfriend back in the day. 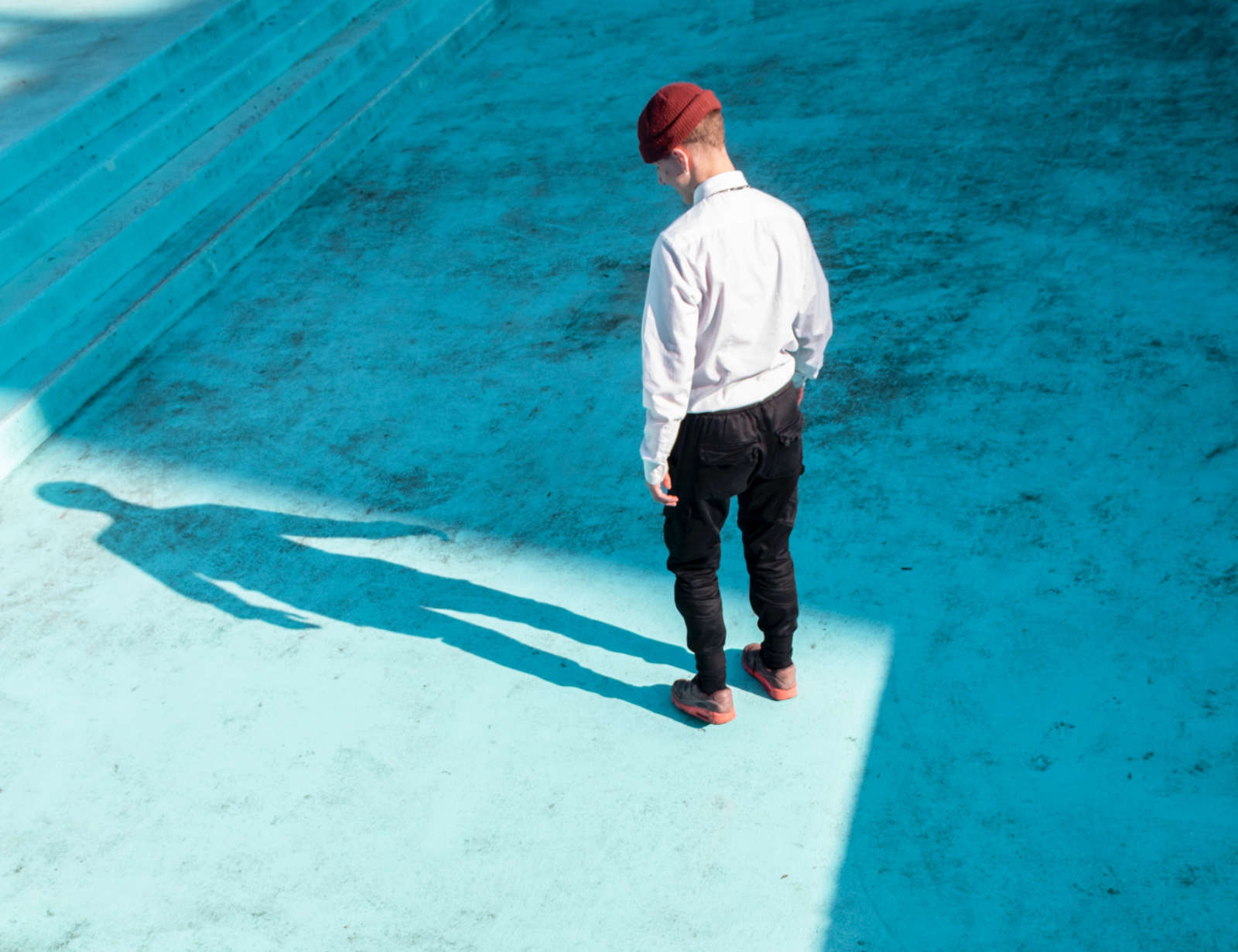 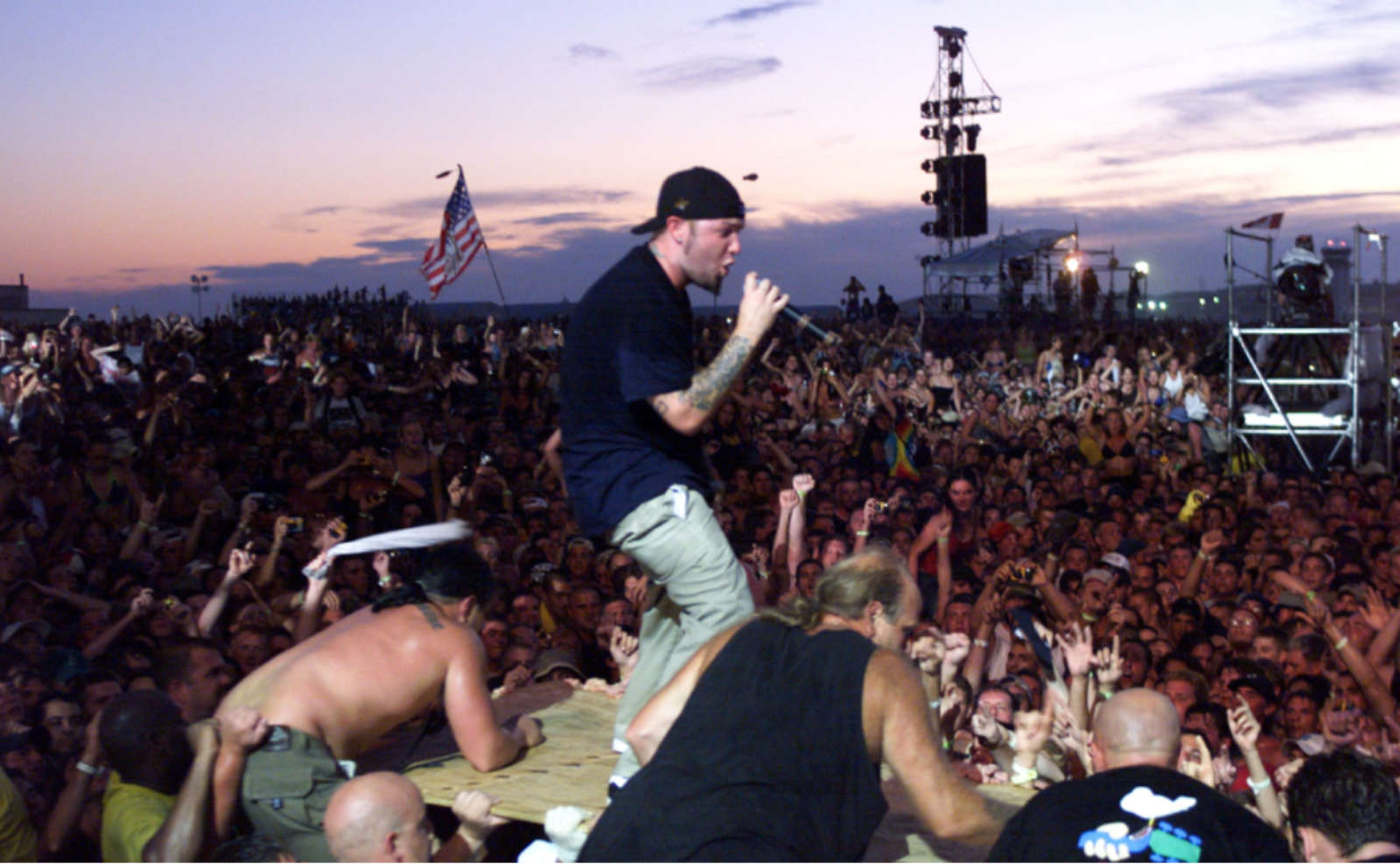 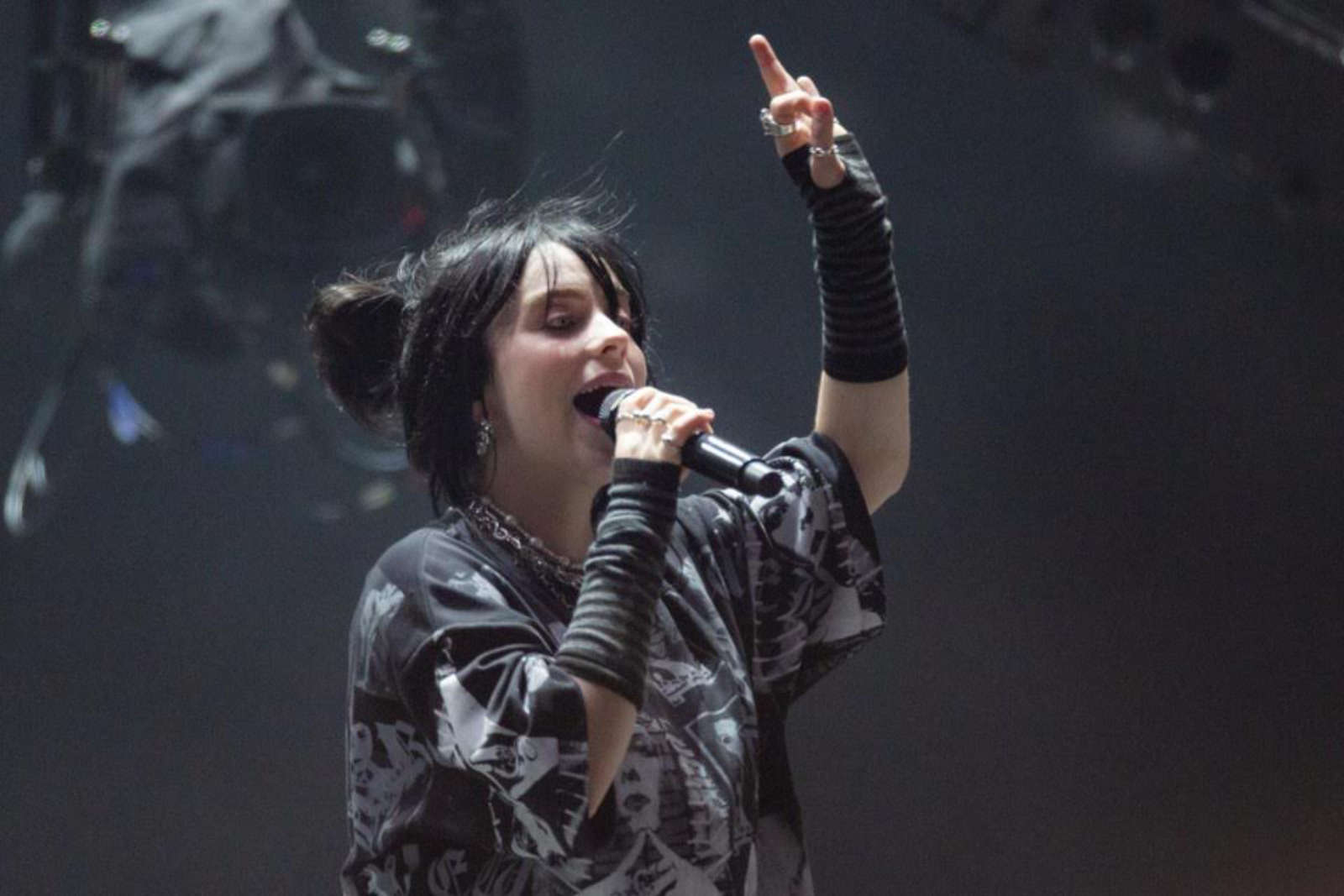 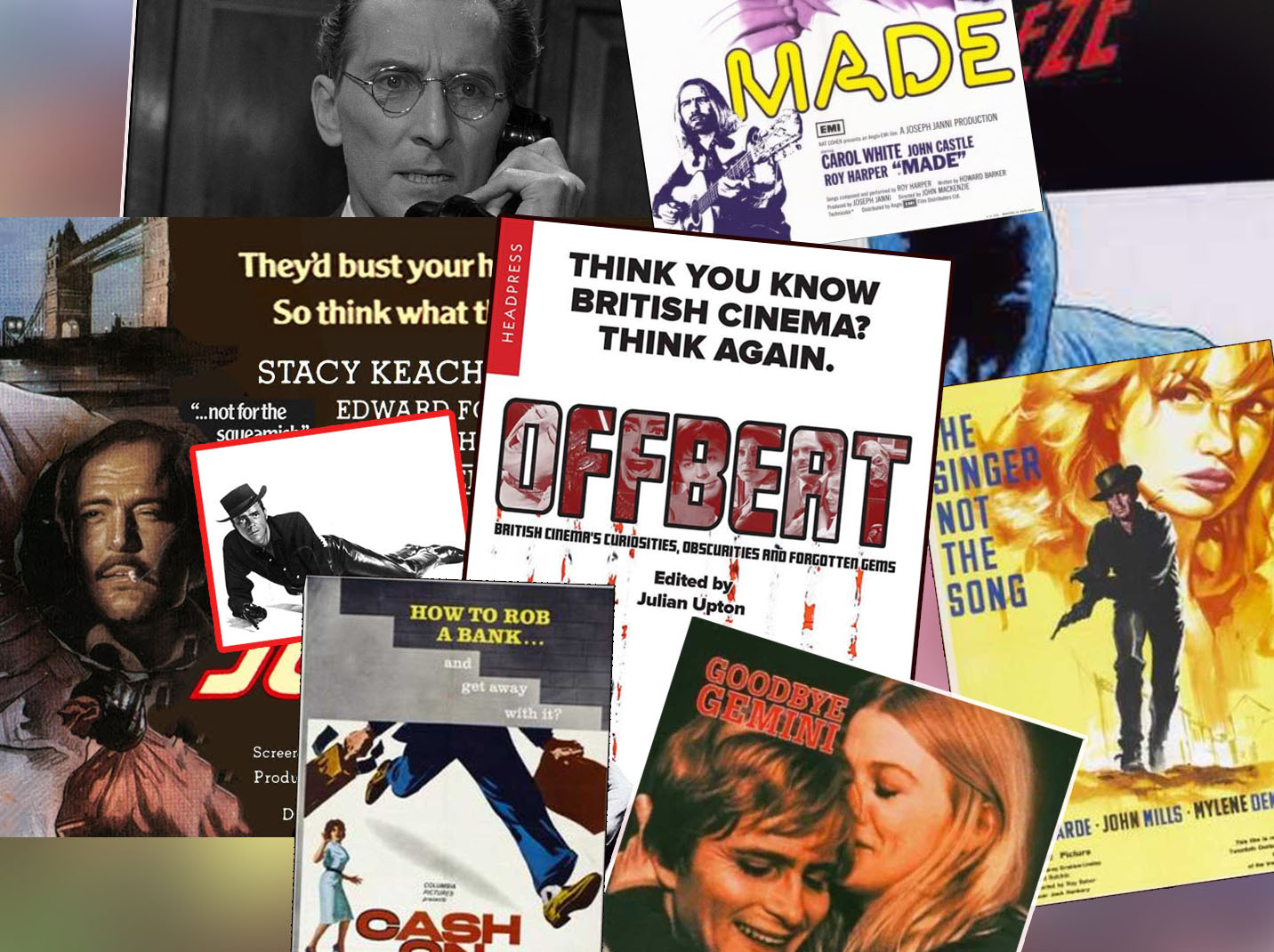 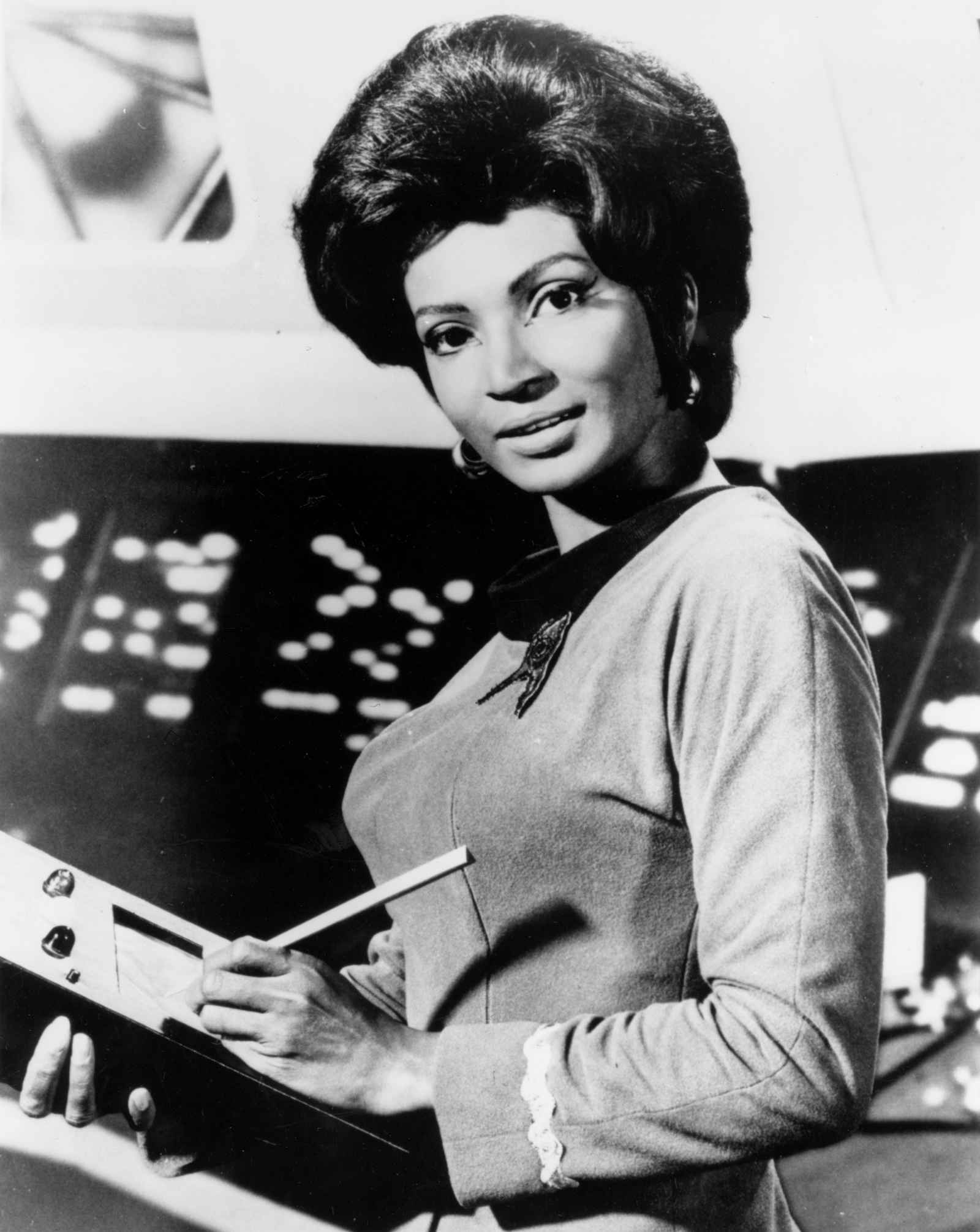 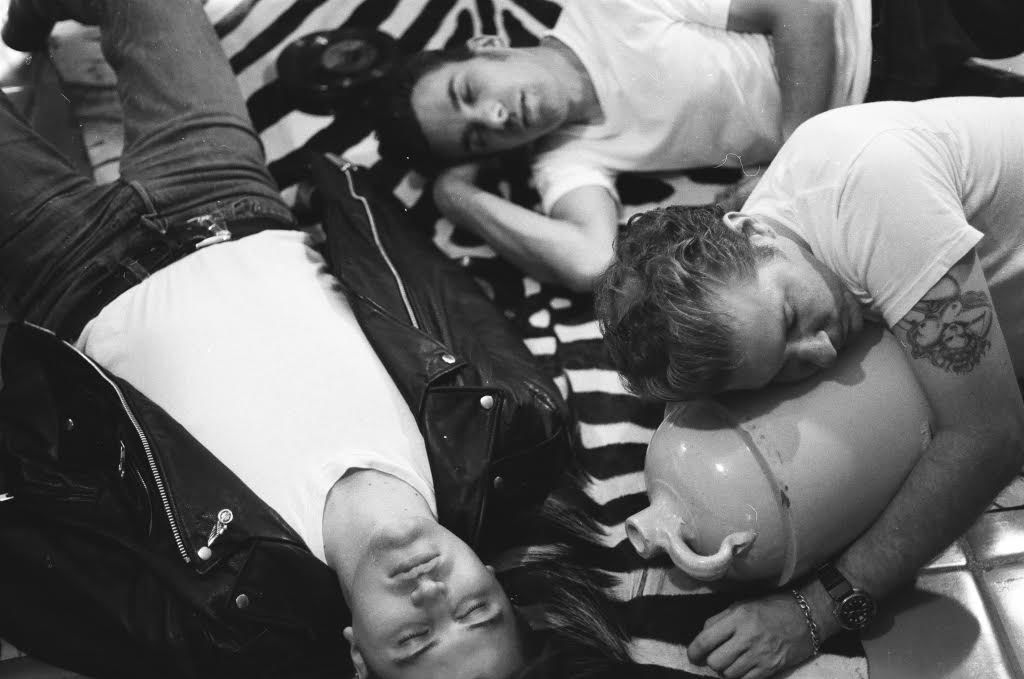 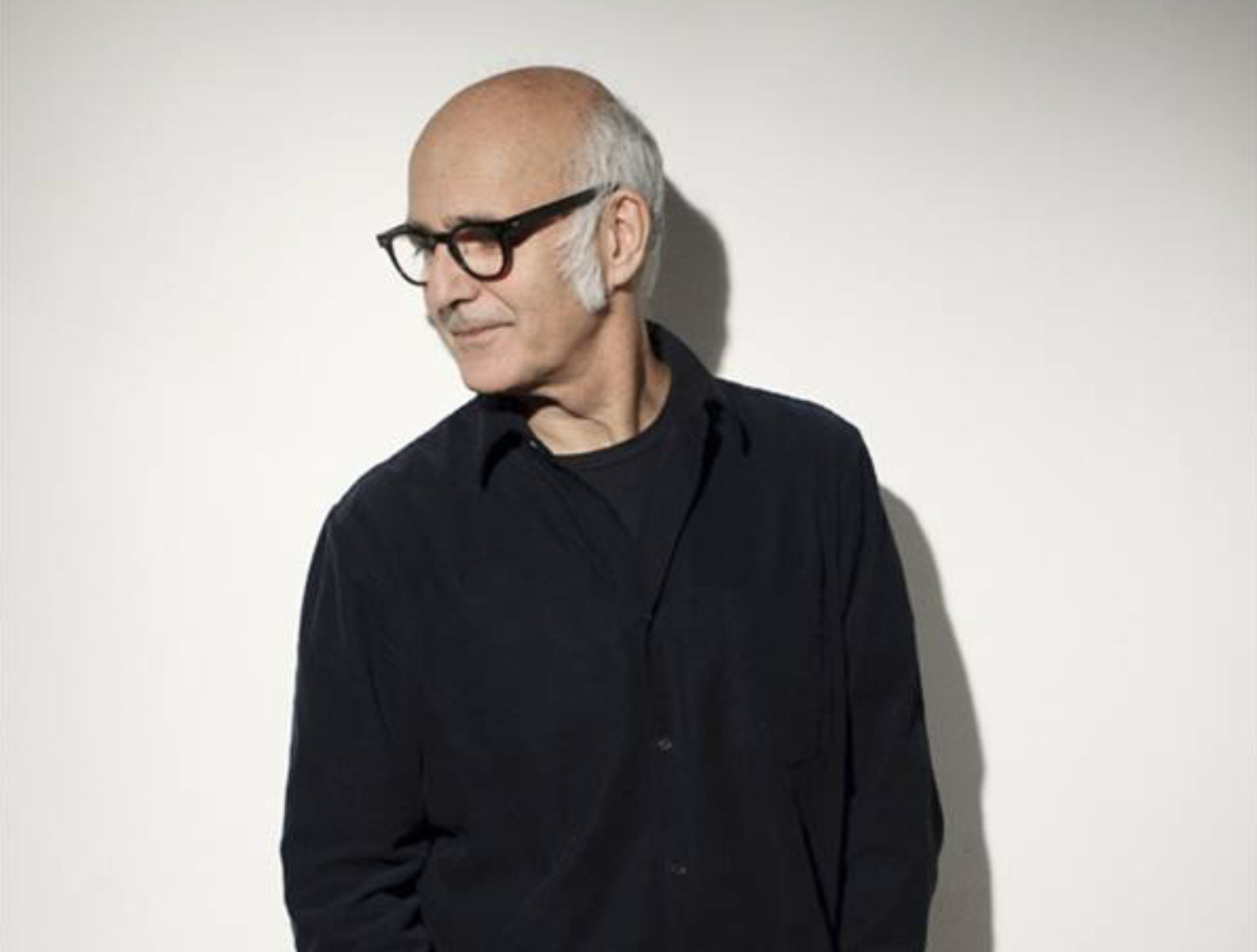 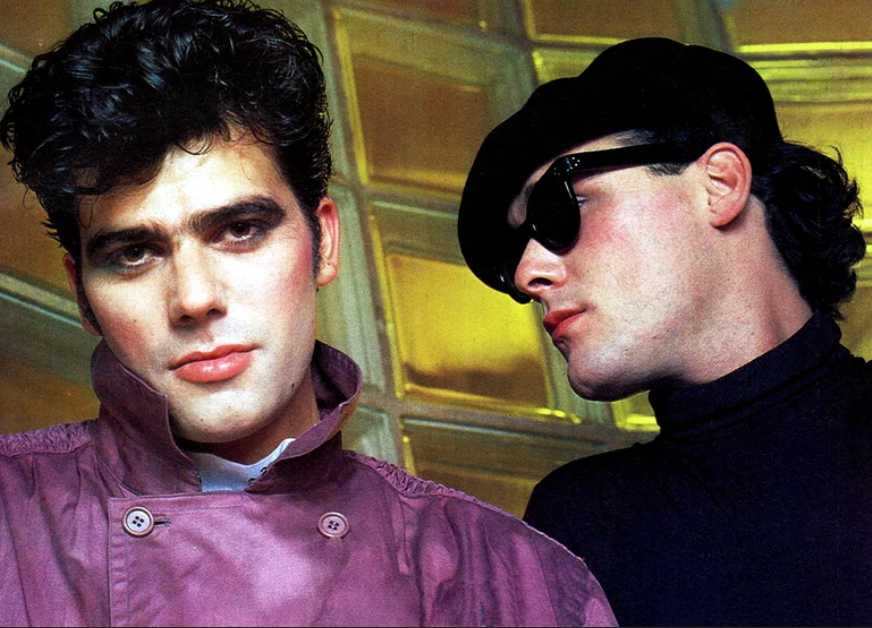 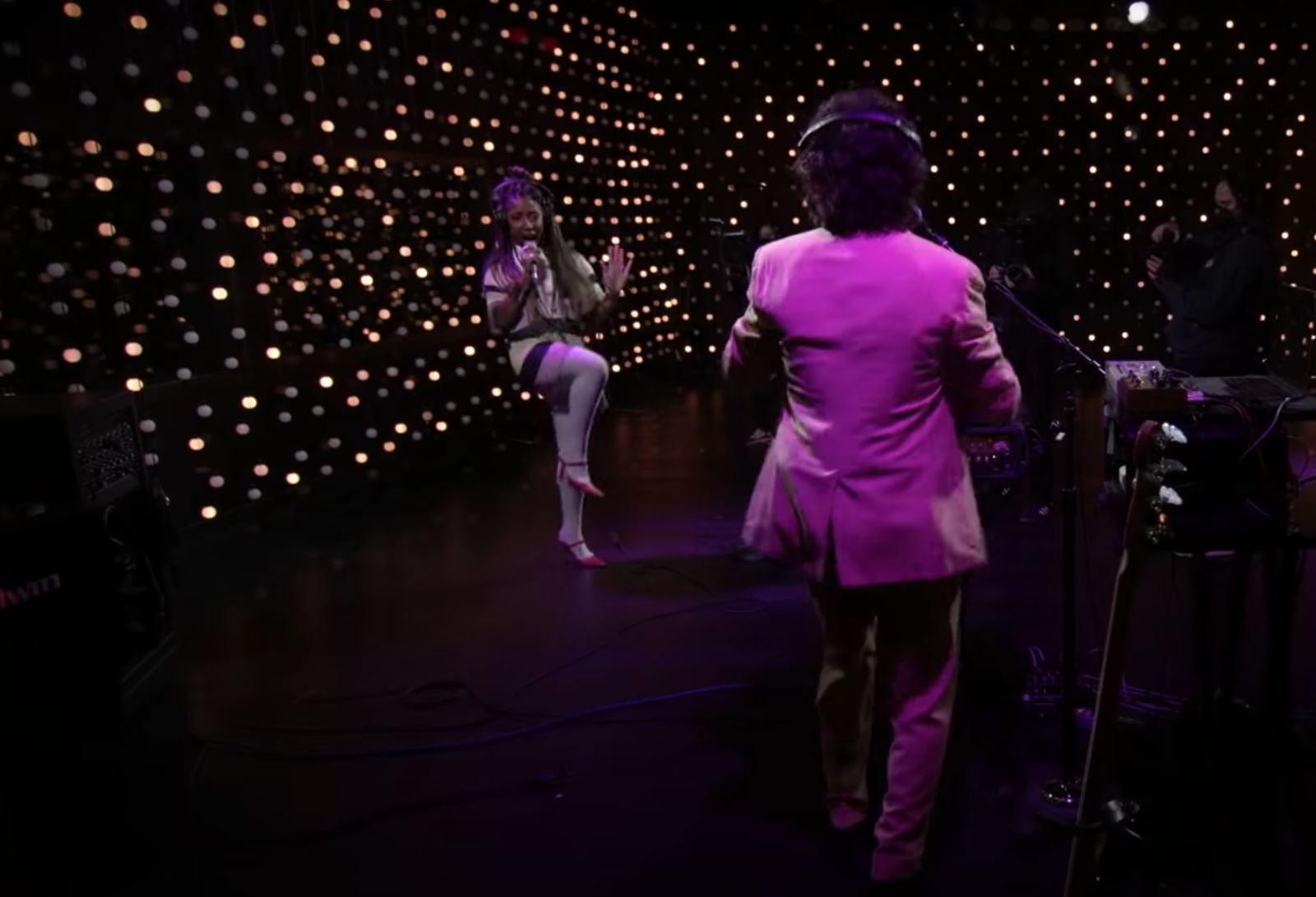 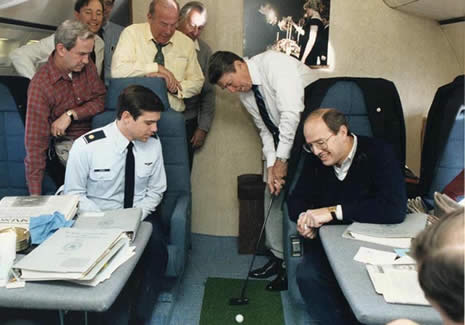 Rust in the Restrooms: The Ronald Reagan Library (and gift shop)

The latest in our occasional travel series: nice place to visit, wouldn't want to live there
December 2005 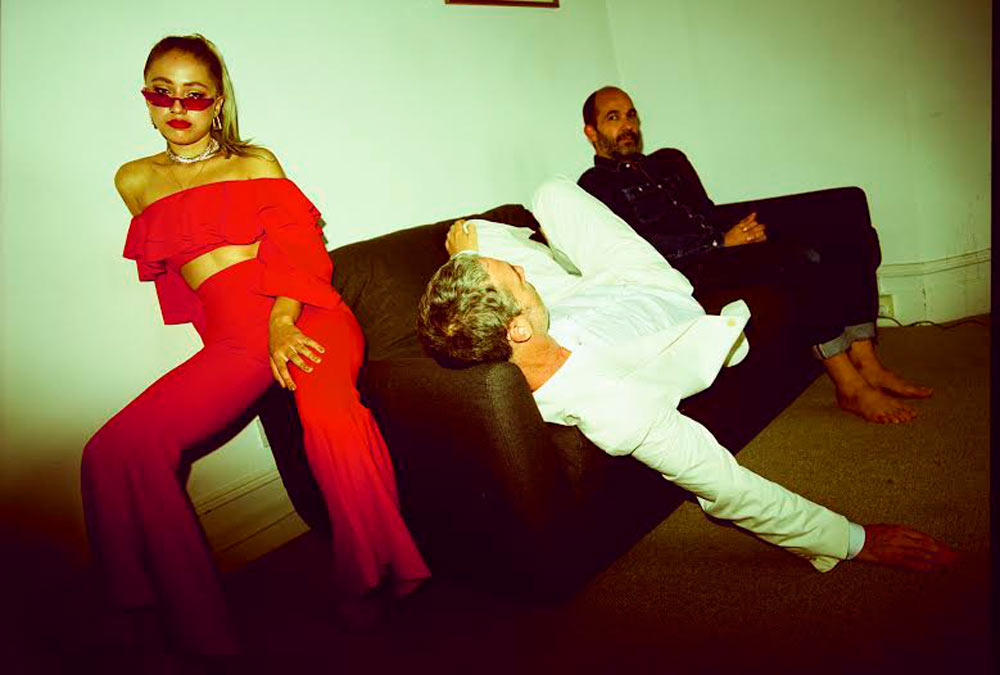 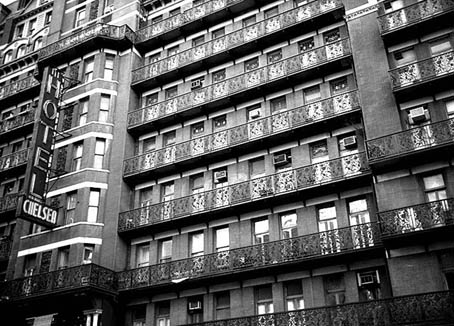 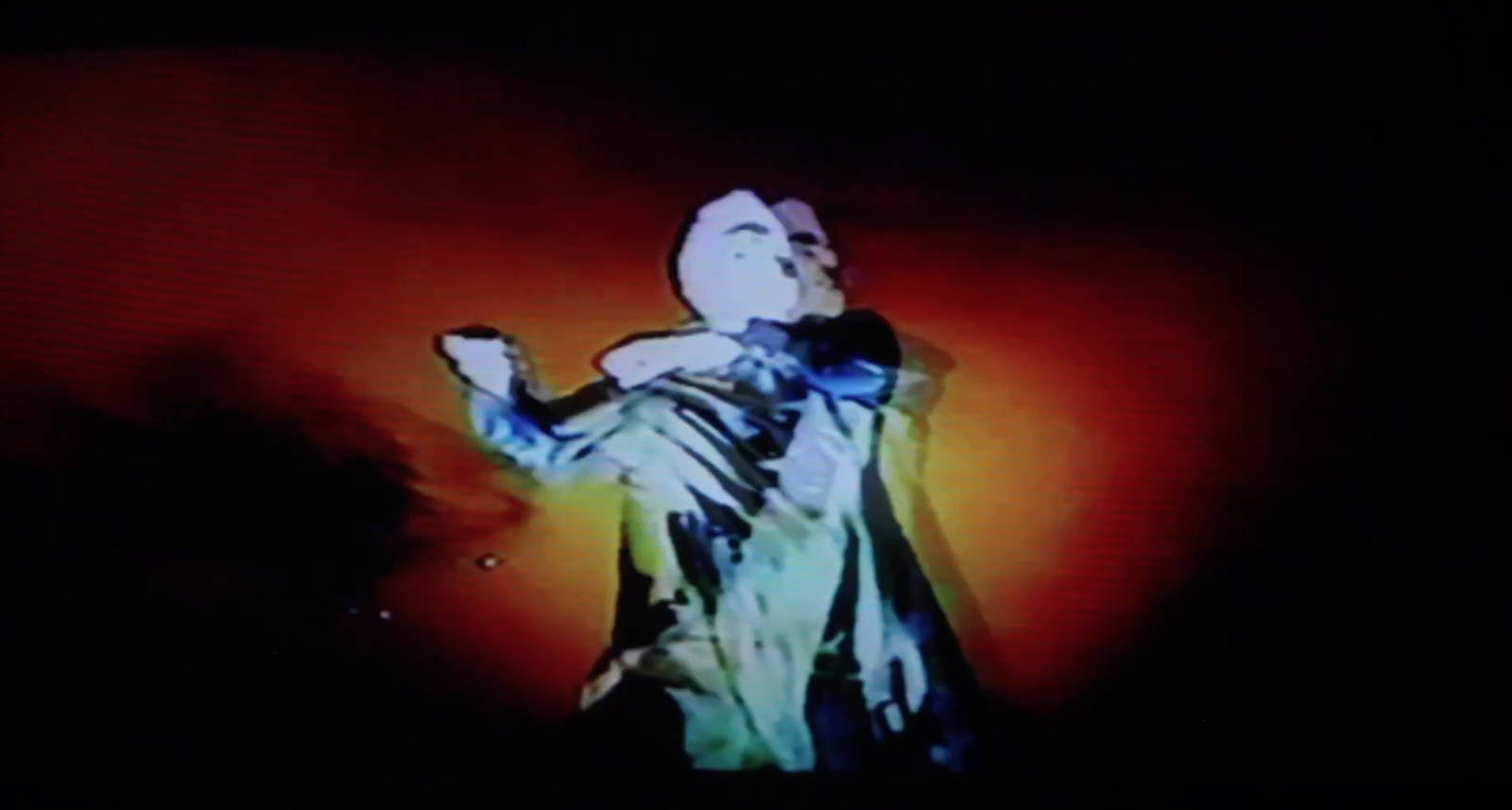 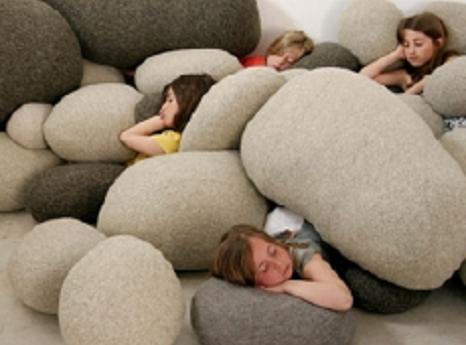 Return of the Soft Rock Renegades

Brazzaville, Do Say Make Think and Arbouretum are poised to slip you all their individual sonic mickeys.
February 2007

In another episode from his Claremont Road biopic, Paul H recounts grabbing at the Stranglers coat tails in an attempt to turn back the M11...
September 2006