The Ghost of Jeffrey Lee Comes Back to Haunt Me

by Joe Ambrose, Literary Editor (2005-2018)
first published: February, 2005
He was proud of his signed paperback edition of Junky by William Burroughs and of the fact that people inadvertently called him Jerry Lee

Me and Jeffrey Lee Pierce never got along. I guess we had too many things in common. Cranky, precocious, thwarted, smartass, born out of time, progressive, ambitious, over educated, over here. I think we shared a childish belief in the redemptive powers of rock'n'roll. I was taken aback by his respect for the very rockist values that punk rock had discredited

I'm told that this is his 45th birthday so I understand that we were much the same age. When we were hanging around together I reckoned that he was older than me. He had an old soul. He was always sick, confined to a strict diet and sworn off of the good bad drugs. He was vague about the exact nature of his illness. I always thought that his liver was shot out as a result of heroin and alcohol excesses. He was proud of his signed paperback edition of Junky by William Burroughs and of the fact that people inadvertently called him Jerry Lee.

I first met him through a great man, Nigel Preston. Nigel. who'd been through his fair share of Goth scenarios with The Cult, Andi Sex Gang, etc., was the drummer with a punk rock band that I managed, The Baby Snakes. At the same time he was doing session work for The Gun Club so, from time to time, the two bands would block book rehearsal studios so Nigel could leave his kit set up for both sessions. We'd arrive as The Gun Club were finishing their rehearsal to find Jeffrey Lee dressed to extravagant cowboy boots and somewhat ridiculous CIa-style raincoats.

Nigel found Jeffrey Lee's rather uptight demeanor and complex song structures hilarious. There was a lot of masculine tension between these two bulls, who both had troublesome Japanese women through whom they met. They both seemed reasonably young right then, Jeffrey Lee preparing for European Gun Club tours while Nigel tagged along for the money. Odd to think that these two remarkably forceful men have both been dead now for quite a while. Jeffrey Lee refused to contribute to a tribute to Nigel when Nigel died in '92.

I wrote about Jeffrey Lee in my novel, Serious Time, going into some detail about his domestic circumstances. The laws of libel prevented me from reporting exactly what I saw. I hope that when people pause for a moment to think about Jeffrey Lee, they'll think about Nigel too.

The title of the compilation CD, In Exile, which captures the essence of the later Gun Club albums, tells you everything you need to know about Jeffrey Lee. He was stranded in exile in London due to illness, entirely dependent on the English National Health Service where people get any amount of expensive medicine for free. I'd run into him fulminating in Notting Hill, checking out amps and guitars in the Record and Tape Exchange. He was used to the high octane cultural punk life of L.A. and New York. Circumstances had stranded him in a city of remarkable vulgarity and charlatanism.

I regret that I didn't treat him with more respect when he was alive. In retrospect, listening to his albums, I see how fine he really was. Mother Juno, Wildweed, and Fire Of Love fulfill his belief in the redemptive power of rock music. More importantly, they are in the premier league of artistic achievements. I almost cried the last time I listened to The Breaking Hands, which betrays the delicacy and sensitivity that he hid in his rather mundane day-to-day London life. The Breaking Hands is as good as rock'n'roll gets.

I'm sure that when he died he went to Heaven because he spent his life in Hell. See ya later, Jeffrey Lee. Send me love to Nigel.

A Bunch of Five - Monde UFO

A Bunch of Five - Anthony Reynolds

Outsideleft Week in Music: All there is, is... Work Money Death

No Donkeys Were Punched in the Reviewing of This Album

Scott Walker emergers once more from his velvet crypt with The Drift, his weirdest fever dream yet
May 2006 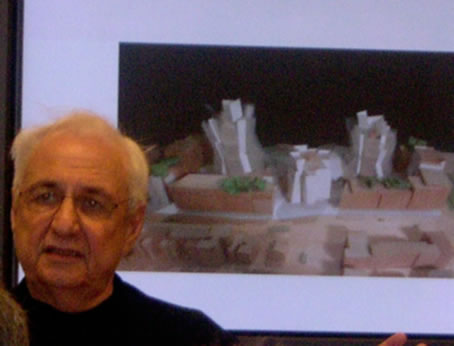 Mad About the Boy

We'll fight the battles we want to fight...
November 2019

If you only go to one blockbusting art show this year, then unequivocally, Rauschenberg's Combines at MOCA must be it.
July 2006